How can I view the stats of my campaign?

To view the stats of your campaign, go to your Tone dashboard and click on Campaigns > Details.

Then scroll down to the Campaigns section to see the campaigns you have scheduled to date, as well as the campaigns that have already been sent and the stats associated with each one. 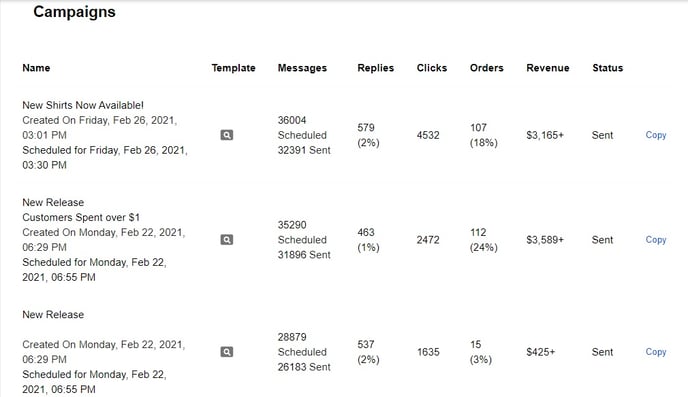 Hover over the magnifying glass icon under the Template column to see a preview of your campaign message.

If your campaign contains a gif or picture, an image icon will be present that you can click to preview the media.

To make a duplicate of a previous campaign, click on Copy.

If you have a scheduled campaign that hasn't been sent yet, it will show as Scheduled under the Status column. You will also see the options to Edit, Cancel and Copy your campaign!

For campaigns that have already been sent, the details will include the following statistics: